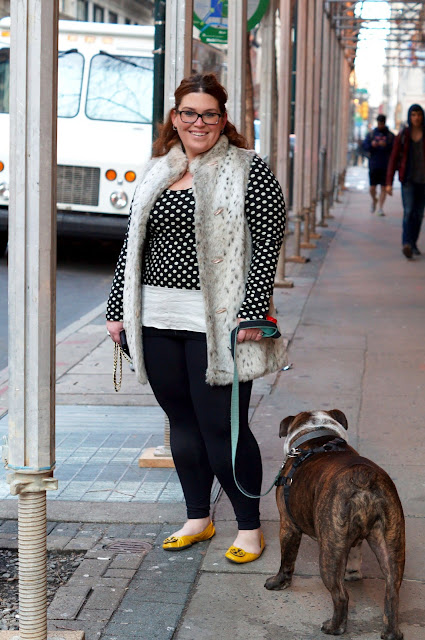 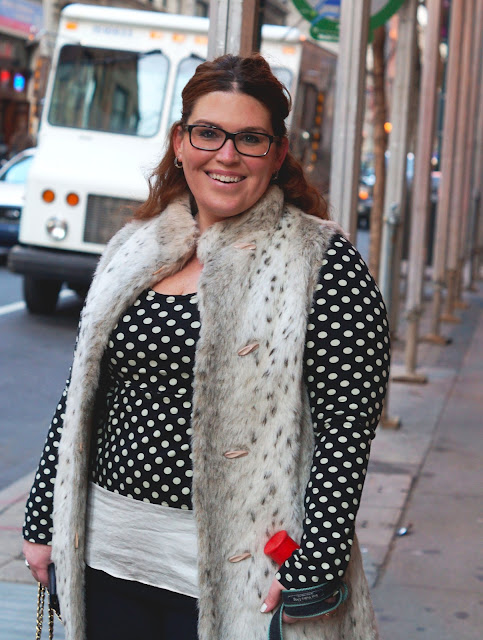 Renay was born and raised in Philly and has lived in Rittenhouse “forever.” Her favorite thing about about the city is the people and the abundance of things to do. Harry, her dog, also loves living here! She likes to go spinning, shop, go out with friends, and go to wine bars.

Renay likes to be comfortable. She enjoys wearing leggings, flats, tunics, and fun jewelry. She found her shirt at Anthropologie and her vest at Urban Outfitters. Her shoes are Tory Burch. 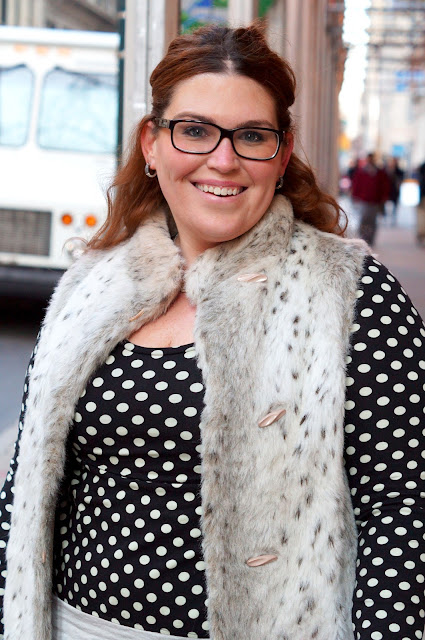 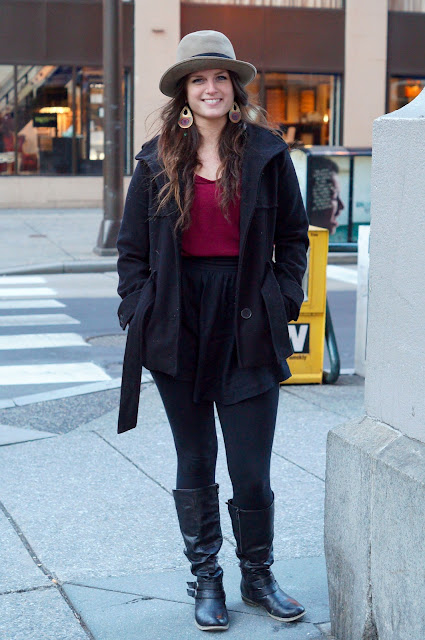 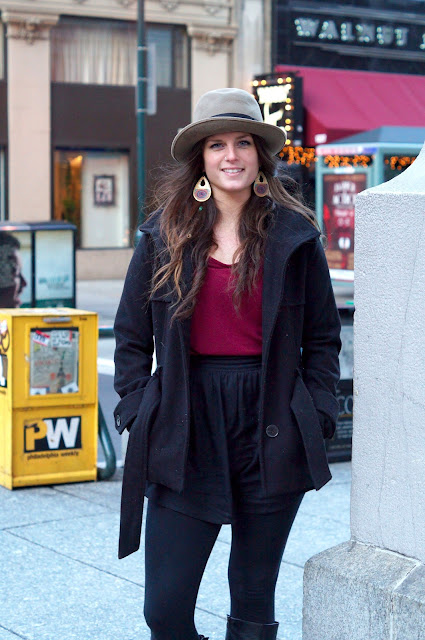 Gabby found her hat at a thrift store, which is where she finds most of her clothes. Her earrings are from Francesca’s.

Gabby is studying fashion merchandising at Philadelphia University. She’s originally from the Boston area and has been in Philly for about three years. She loves coming downtown to walk around, and she enjoys the different dynamics throughout the city. Her dream job would be something related to sustainable fashion — “trying to come up with new ways for making it a more environmentally conscious area . . . more artistry, and making it more beneficial for everyone involved.” 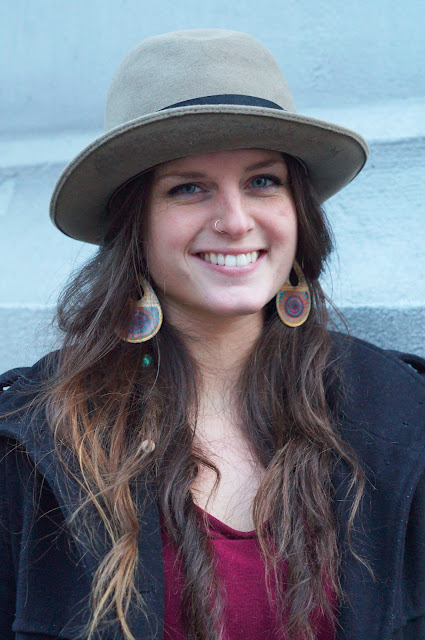 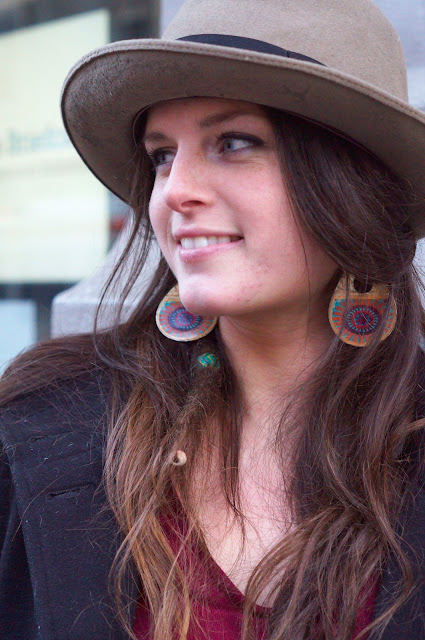 I spotted Victoria while she was in line to get into the Tattoo Convention. I thought it’d be a good spot to find people. It was, but I found the prospect a bit overwhelming. She was like an understated and natural diamond in the rough of pink hair and weather-inappropriate clothing. Ladies, I know you want to show off the tattoos on your thighs, but when it’s twenty degrees at least wear some sheer tights. It made me cold to see so many people with bare legs and no coats. 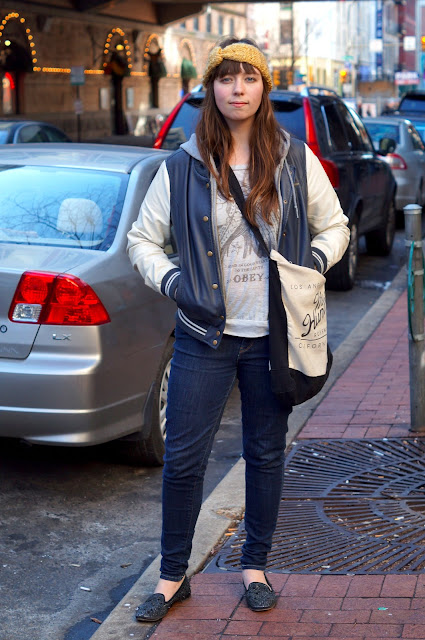 Victoria is from D.C. and was in town for the convention. Her boyfriend was getting a tattoo there, and they wanted to visit a few artists. It was their first time in Philly. When we talked, she said her favorite part of the trip was Hotel Monaco, where they were staying, because it was the only thing they’d seen at that point.
Victoria’s shoes are Sam Edelman. She likes to shop at D.C.-specific boutiques and thrift stores. She also mentioned that she likes to find more professional wear at Anthropologie. She’s a professional photographer. It seems I have a thing for photographers. Or photographers just wear things I’m drawn to and enjoy. 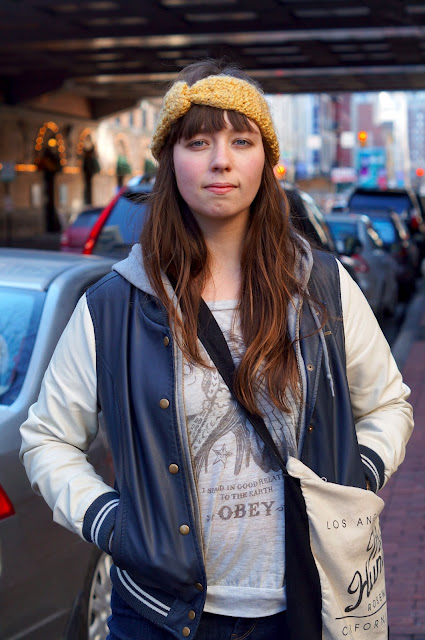 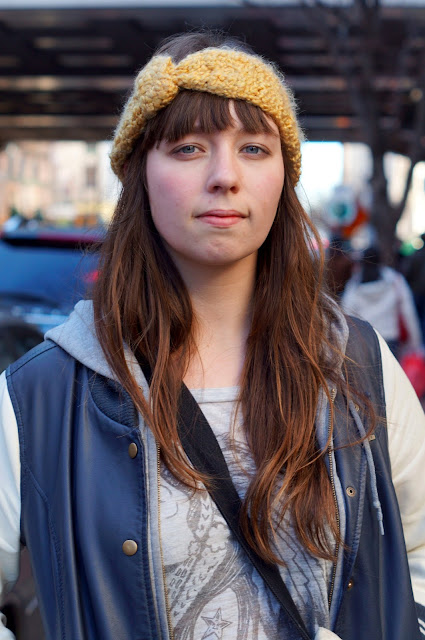 Alexi lives in Camden. She’s a first-year law student at Rutgers. “I think that my entire outfit probably is like, 16 dollars!” She got her dress second hand, her shoes from Old Navy, and her jacket from Wilson’s Leather on clearance. Her Ray-Bans do throw off that estimate, though. If she could wear just one thing for a week, it would be a giant onesie with footies. A wise girl. Comfort over style, people. 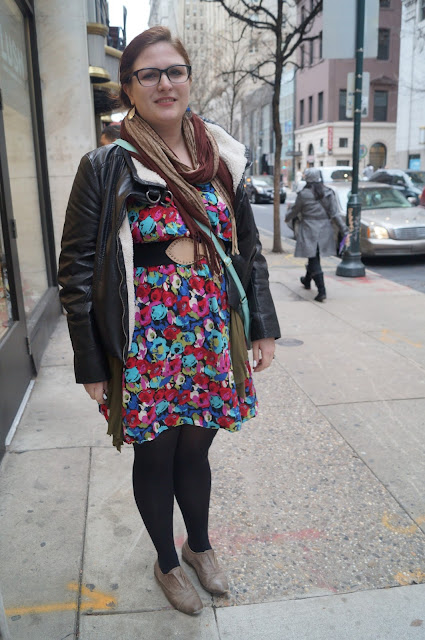 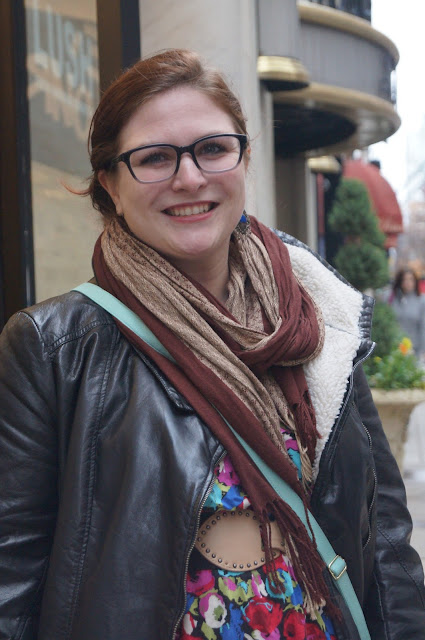 Either there aren’t a lot of men in Philly dressed to catch my eye, I just don’t have an appreciation of men’s street style, or I am too scared to approach them, but as you may have noticed, there is a great shortage of men in this project so far. So I’m really excited to introduce Dion. He looked so put together that I was nervous to stop him, too, but something made me speak up anyway. Which is good, because he was a total sweetheart about it and we had a really great conversation.
When I asked him how he spends his time, the first thing he told me was that he’s a Christian. I really admire how forthcoming he was about his faith when talking to a stranger on the street. He enjoys going to basketball games and sits courtside at the Sixers games. Dion works at Boyd’s, and he’s in the process of starting an online Christian young adult lifestyle magazine, called Different by Choice. He will be looking for web designers, writers, and photographers for this upcoming venture!
Dion graduated from Overbrook High School, and he’s now attending LaSalle University. He was born and raised in West Philly, but he just bought a house in the suburbs. He loves Philadelphia and sees a lot of opportunity here, but there’s a lot to be done here as well: “…but you gotta be the change you want to see… so I’m not going anywhere. There’s a lot of change that needs to happen.”
Dion loves Greek mythology and art and would rather go to a play than a movie. He enjoys reading. He also mentioned that he’s old-fashioned and looking forward to getting married and settling down someday soon!
In terms of style, for Dion it’s all about fit, detail, and how clothes complement the individual. He enjoys J. Crew, J Brand Jeans, and Jack Wills.
His jeans are J Brand, his blazer is from H&M, his shirt and scarf are both from Urban, and his glasses are Ray-Ban. 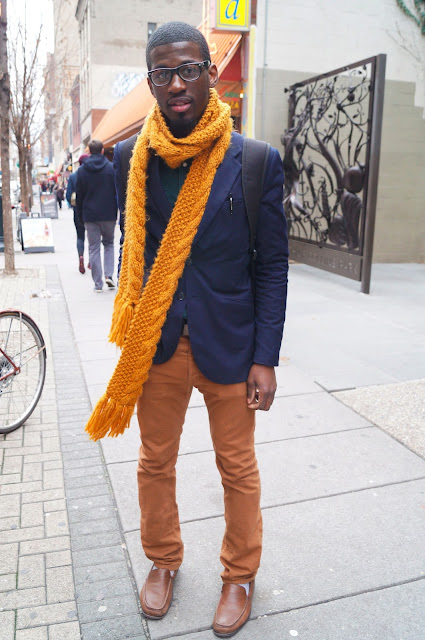 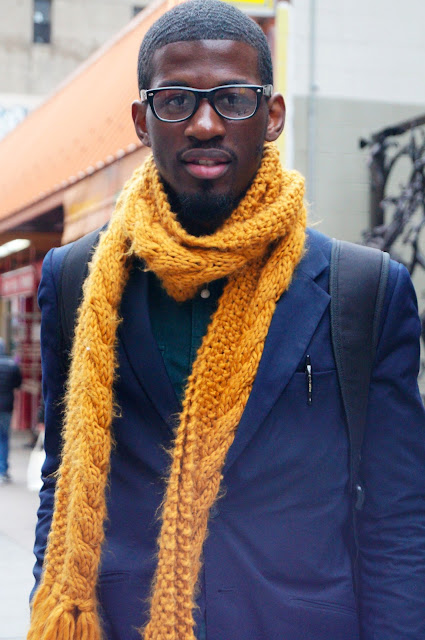 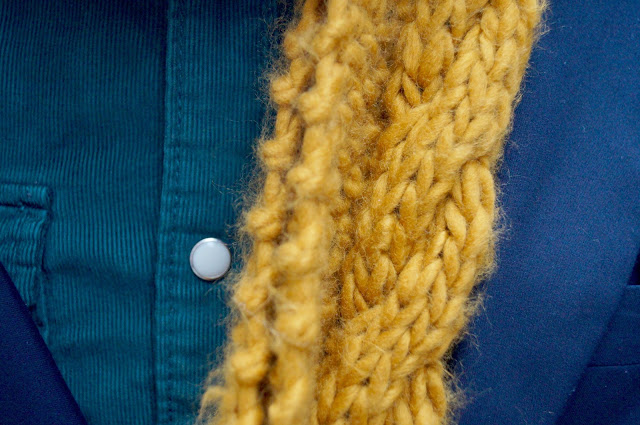