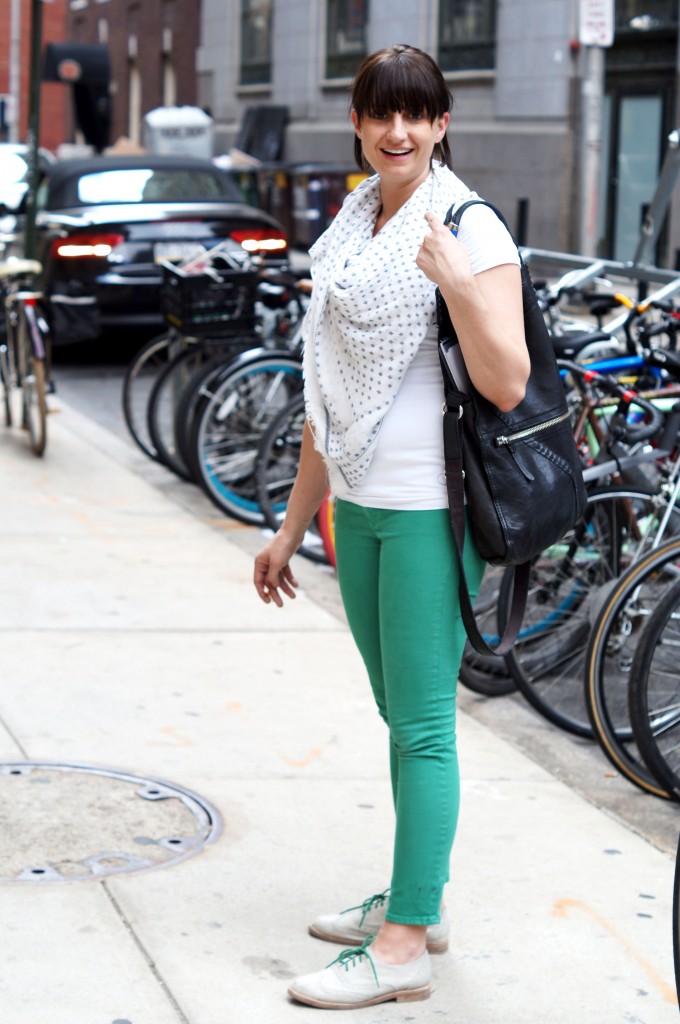 Katie is a merchant for The Gap. She spends most of her time working there. Since she spends so much time there, she also buys all her clothes there (the employee discount doesn’t hurt, either). Everything she’s wearing is from The Gap. I love her pants and matching shoelaces. Very Pantone 2013.

Katie lives in Fishtown, but is originally from Pittsburgh and proclaimed that Pittsburgh is the best city in the world. Let’s forgive her for that, though, because her shoes are awesome. 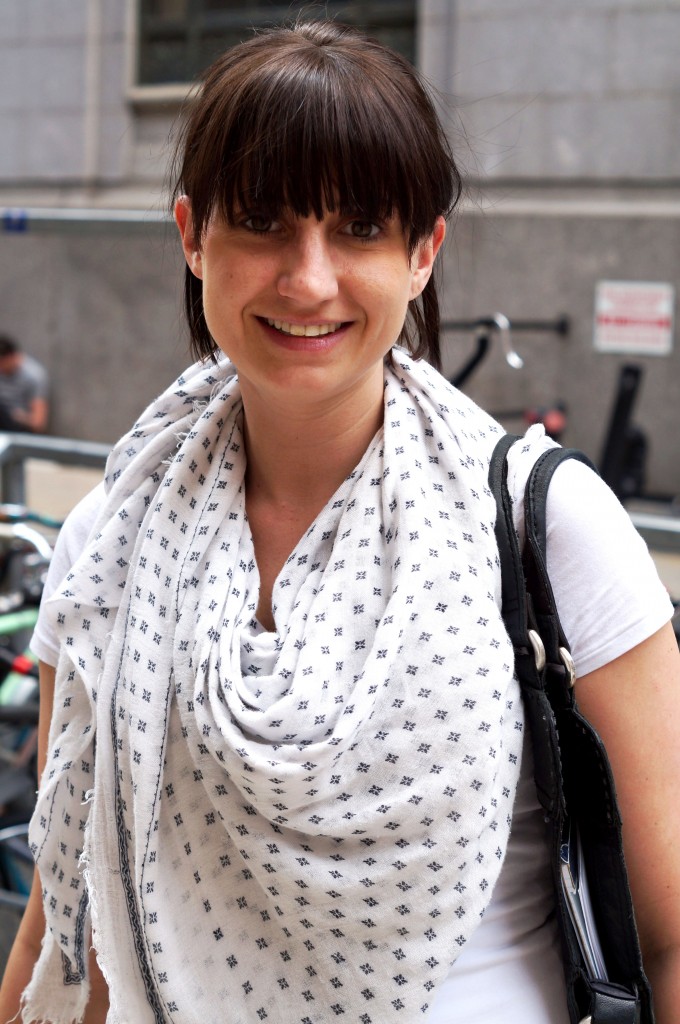 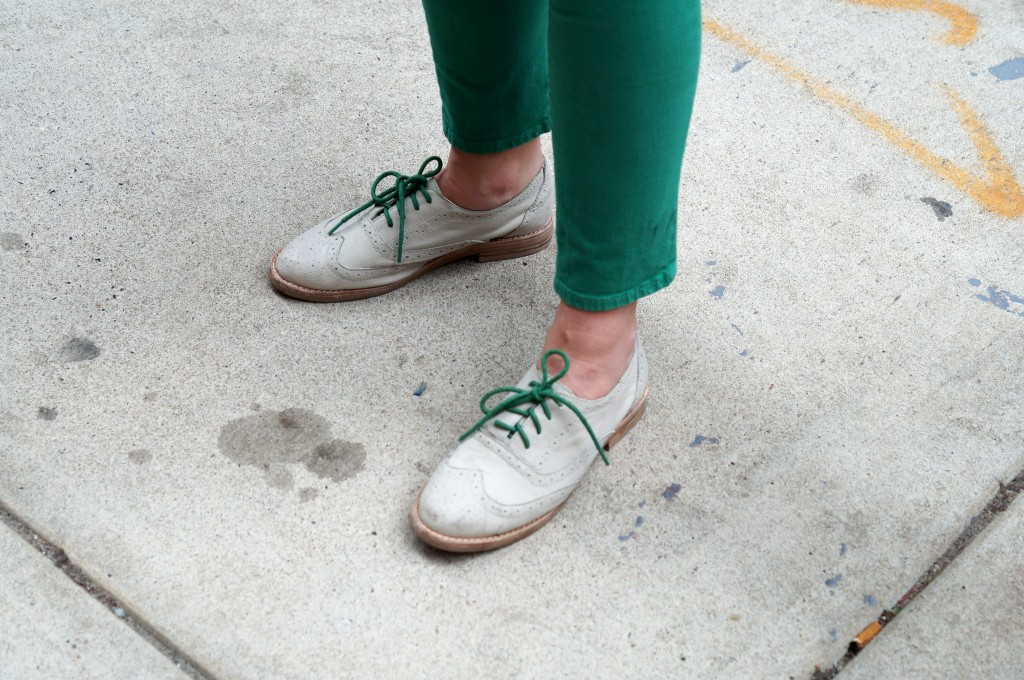